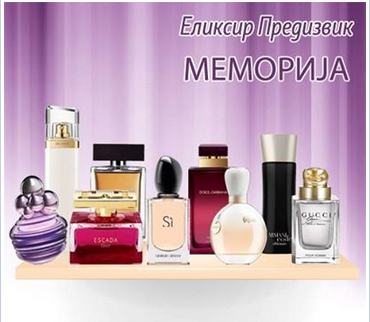 Facebook is remarkably powerful and fast tool to share a message, idea or boost a campaign success.

Eliksir Eklskluziv wanted to promote the newest fragrance brands in their stores.

Our team came up with the idea to create a fun experience for the Facebook fans that will not only create awareness about the products but also act as a catalyst to encourage actual demand for the products among the target audience.

Inspired by the game of ‘Memory’, we decided to launch a Facebook memory game that introduced Elixir’s newest fragrances in a fun and highly addictive way. To play the memory game, visitors needed to first Like the Facebook brand Page. Once ‘Play Now’ was selected, the app revealed pairs of images with perfumes and fans were then timed on how fast they could match pairs. A rank list showcased the record times. At the end of the two weeks, Elixir rewarded the top twenty scores on the rank list with perfumes. This increased brand awareness and significant buzz among our target audience. How the app works

1) Like gate – Visitor has to be fan to access content,
2) Memory game - fans were then timed on how fast they could match the pairs with images from perfumes
3) Rank list – showcased the record times This is the design of the memory game.

Want to become our next success story?